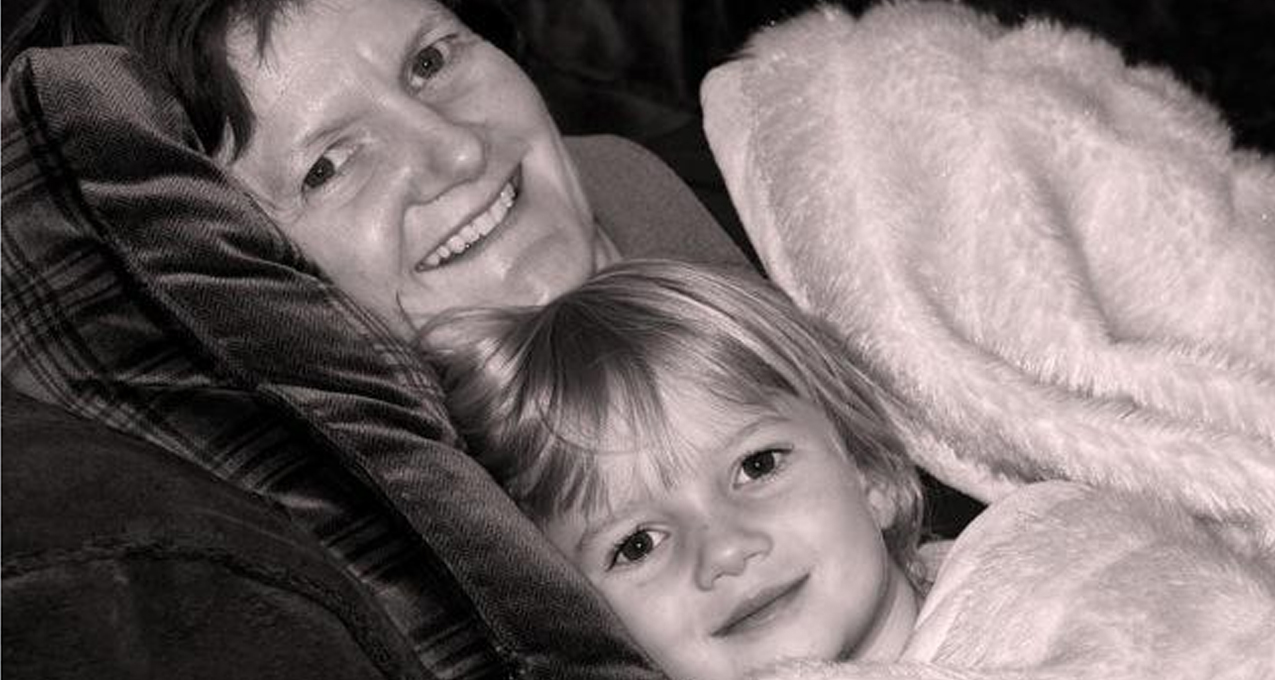 Jenn grew up in Bethel, Connecticut, but it was Telluride, Colorado, that captured her imagination. In the 23 years that she lived in Telluride, Jenny amassed a staggering number of devoted friends, a feat that owed much to her defining qualities of kindness, generosity and boundless amounts of energy. 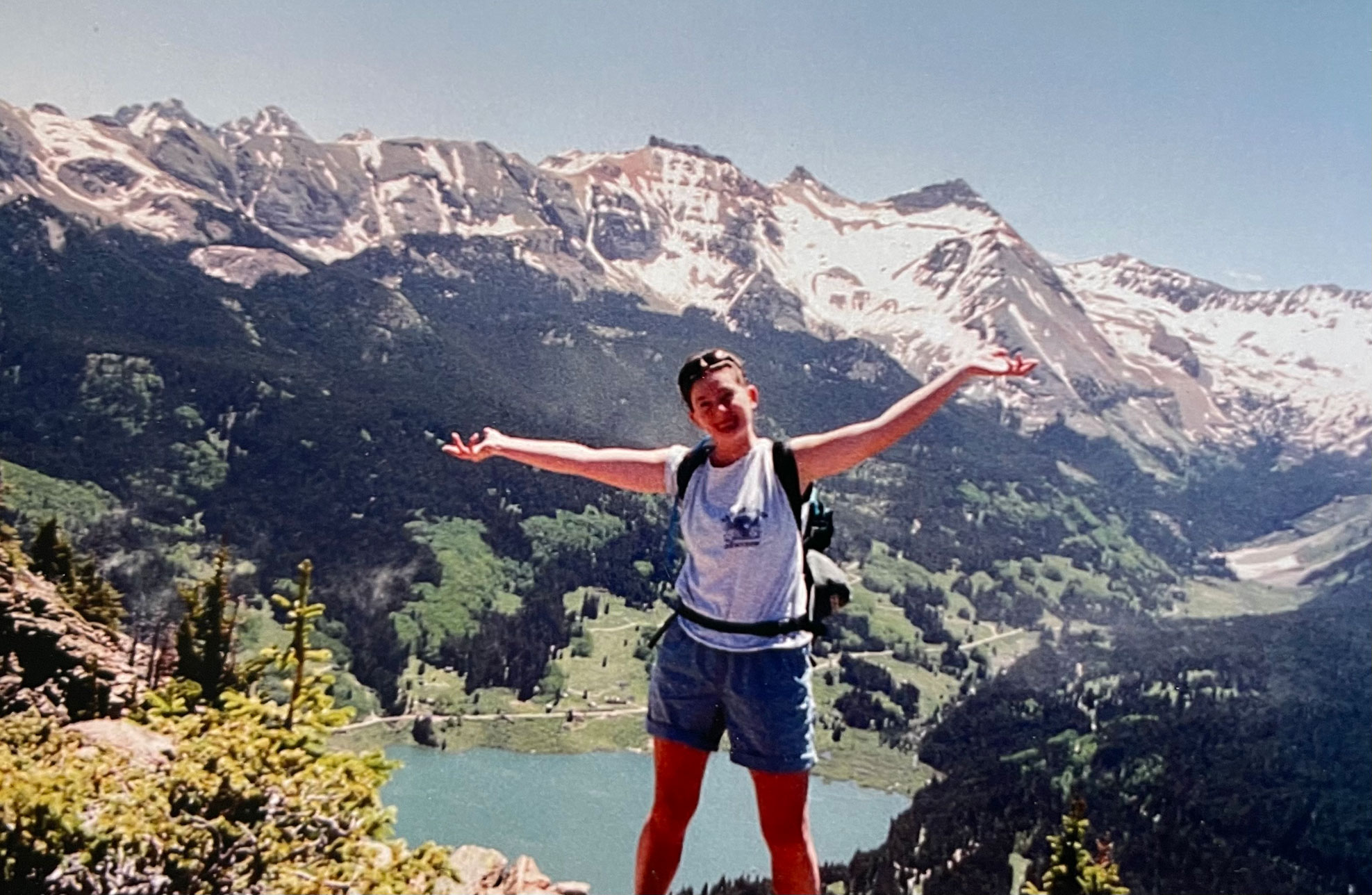 Jenn at home in the San Juan Mountains

First, the kindness and generosity: Jenn was known throughout the tight-knit Telluride community as someone who made time for the people she cared about and had a knack for knowing just what her friends needed, whether it was her trademark flourless chocolate cake, a ride to the airport or a good listener. 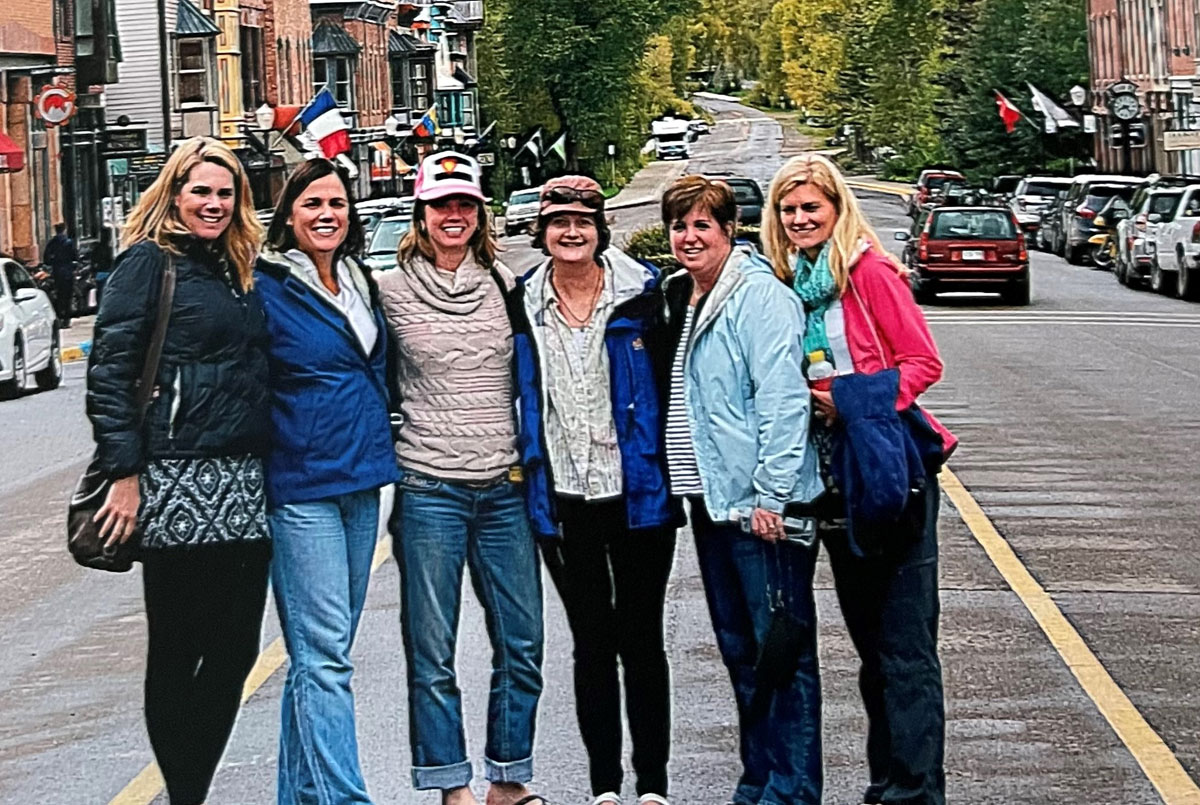 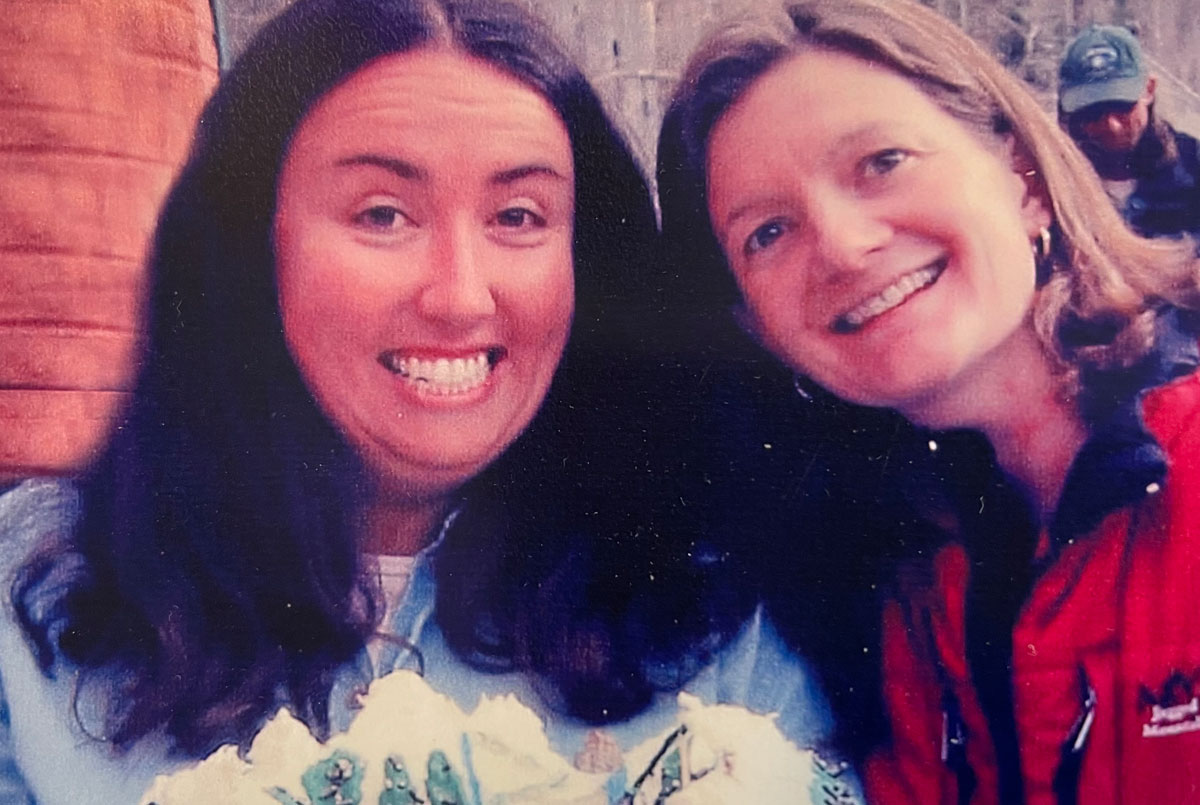 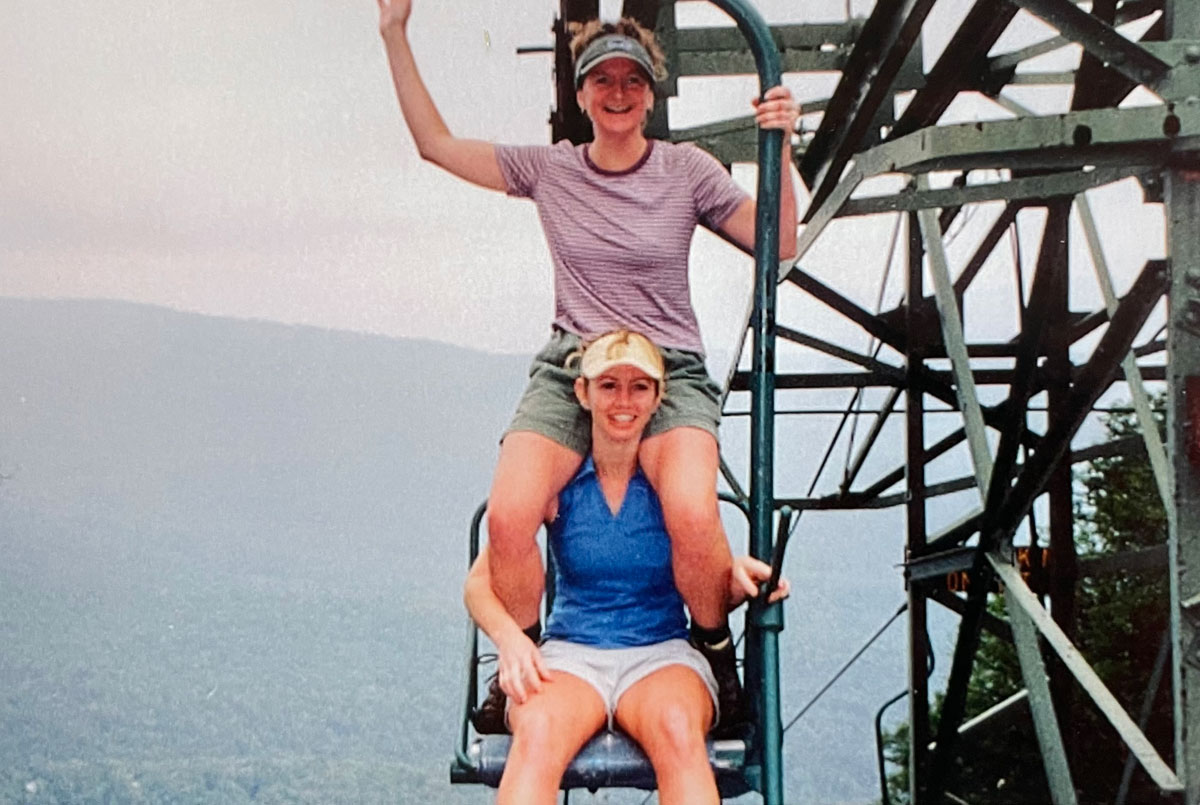 As for her limitless store of energy Jenn (often accompanied by her beloved dog, Toby) used it to explore the remote corner of the San Juan Mountains where Telluride sits. She climbed fourteeners, rafted the Colorado River and skied every inch of the Telluride Ski Resort. She built igloos, danced joyously at festivals and ran mountain races. 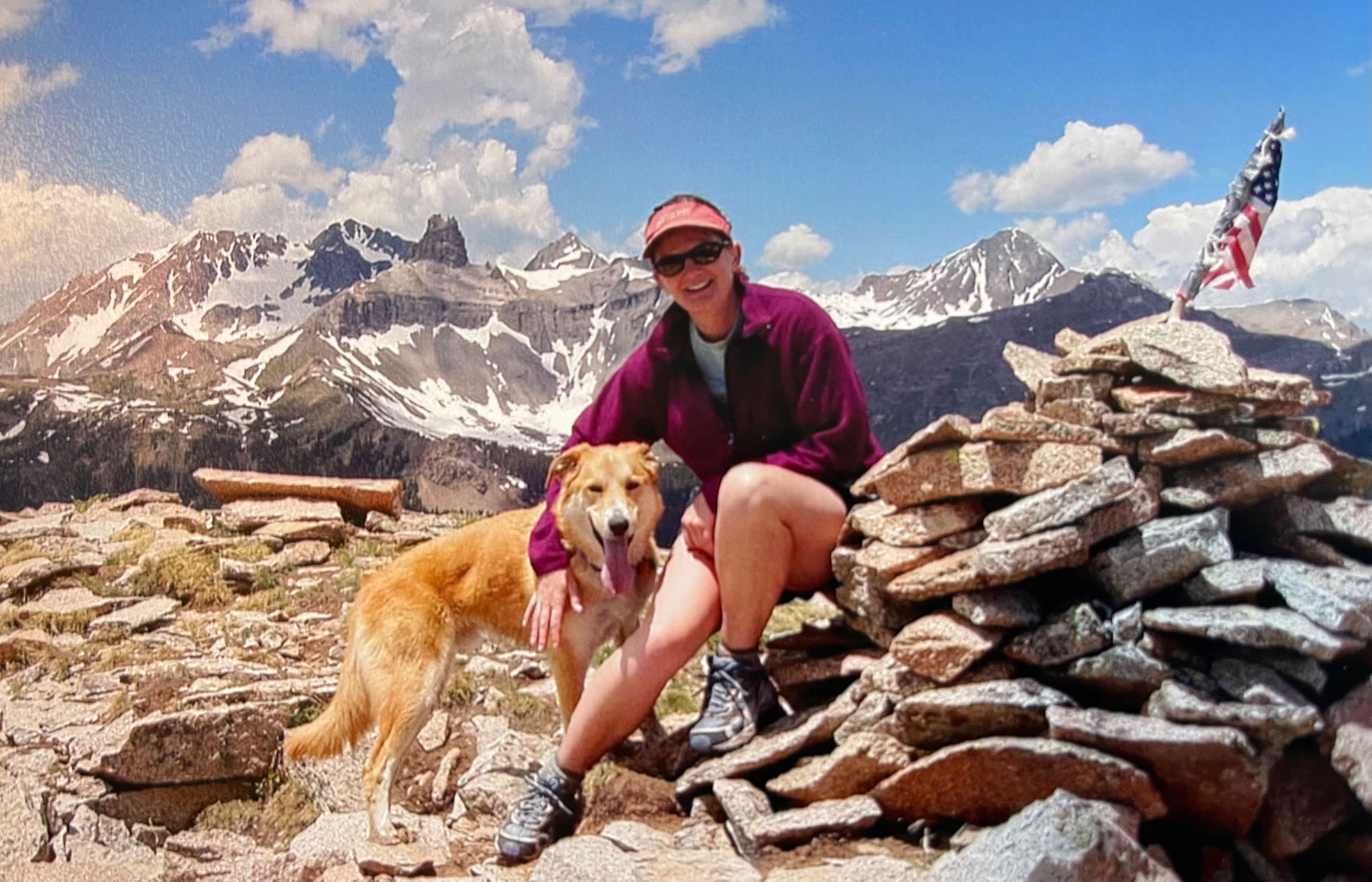 There wasn’t anything that Jenn didn’t do brilliantly, and that extended to her most treasured roles of wife and mother. In 2002, after a decade of living in the same small town without ever crossing paths, Jenn and John McKillop met. They married in 2004 and welcomed a son, Sean, in 2006, and daughter Caitlyn in 2008. Jenn found love, joy and utter fulfilment in her family. 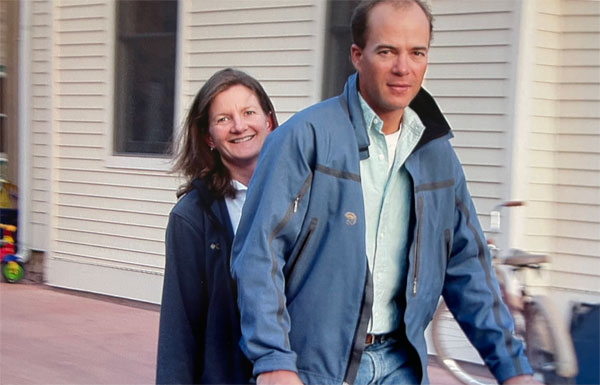 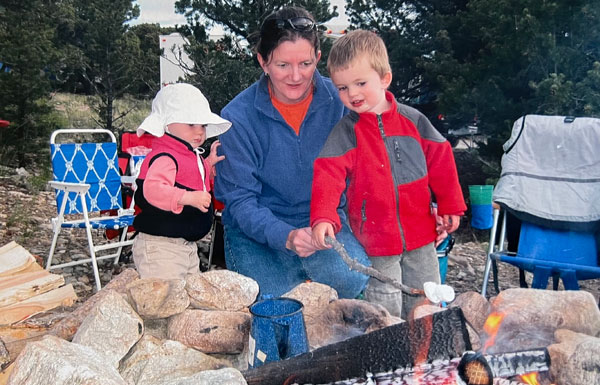 Jenn with children Caitlyn and Sean

The other great loves of Jenn’s life were her sister, Kate, and Kate’s beautiful daughters, Ainsley and Lily, who rejoiced in spending time with their fun and funny Auntie Apple.

Jenn was diagnosed with breast cancer in 2011, which she fought with both grace and vigor for two-plus years. She passed away far too early, but her family and friends still see her every day in her children and nieces, in the beauty of Telluride’s natural surroundings and in cherished memories.

Jenn is remembered through this scholarship, which will be awarded to the candidate(s) that best represent her values, including:

Click here to initiate the application process, and please state the name of the specific scholarship of interest in the subject line of the email.